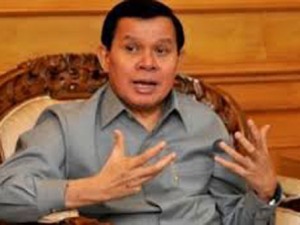 Indonesia took the “big bang” approach to decentralization in 2000, devolving resources and decision-making authority to provinces and districts – creating “516 little kingdoms” (district-level governments) across the 17,000 islands and 360 ethnic groups that make up the nation.

Before decentralization, Indonesia had made rapid progress in family planning – increasing contraception utilization from 10% to 57% during the 1990s. But the issue was not a top priority for district governments, and so progress has stalled for the past decade and the number of family-planning field workers has declined from 40,000 to 15,000. Formerly strong local family planning offices have been closed. Maternal mortality has recently increased.

Indonesia’s president has made turning this situation around a high priority – but obviously he cannot do so simply by command – he must incentivize it. Prof. Jalal described a series of measures being taken to “decentralize” the commitment to family planning.

Prof. Jalal spoke via teleconference to 700 participants around the world attending a stakeholder meeting that follows-up the 2012 Family Planning Summit in London that launched the Family Planning 2020 Initiative. More information is available at http://familyplanning2020.org.