Konrad Adenauer Stiftung (KAS), a German political foundation, thinks decentralization alone does not lead to more democracy, but it can promote the democratization process. In the report “Good Governance Begins with the Individual” (2012), KAS impressively demonstrates examples of individual projects which have been very successful in different countries. 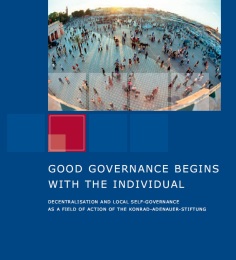 KAS mentioned that, in spite of the tremendous commitment of the donors, decentralization and local self-governance have not so far achieved the success at the international level that was hoped in the 1990’s. The many sobering results of the promotion of decentralization and local self-governance due to above all, a lack of political will. GIGA institute’s study in 2009 points out that when decentralization is regarded as a technical challenge, it frequently fails due to the resistance of political elites. According to KAS, many donors had focused too much on administrative or technical details and had not sufficiently taken the political process of decentralization into account.

The KAS has supported decentralization processes in developing countries for decades with the guidance by Germany’s specific experiences and the Christian vision of the human being. They think they should closely cooperate with individuals at the local level who combine decision-making authority and expert knowledge to initiate process of political change, so their target groups include members of parliament, members of the executive branch, and holders of responsible positions in administrative bodies and in civil society. Also, the KAS always coordinates its activities with local decision-makers to mitigate the risk of losing support and also undermining the legitimacy of the people’s representatives. 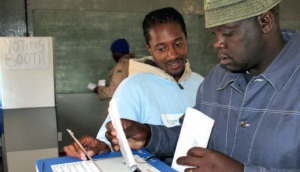 Decentralization programs and processes for establishing local self-governance must be oriented toward individual countries’ own political traditions to be successful. KAS works do not operate on their own but align their activities with local demands and cooperate with their partner organizations. The report introduces ten examples of their international cooperation projects for democracy in the area of decentralization and local self-governance. Examples include Philippines, Cambodia, Turkey, Russia, South Africa, Morocco, Senegal, Brazil, Argentina, and Peru.

Here is a part of activities KAS has supported:

Many of around 200 KAS’s projects currently running in over 120 countries worldwide require the creation and extension of local governance structures. The KAS believes giving individuals a voice and strengthening their means of articulation and their influence are essential for KAS’s efforts to promote democracy.

To learn more about their approaches and projects, you can download the full report here.