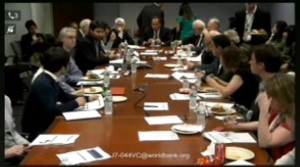 Evolution of participation in Brazil has 2 phases.

Some empirical evidences of the effectiveness of participation were introduced: municipalities that have participatory budgeting spend more on health and sanitation, have a higher number of active civil society organizations, and have smaller child mortality rates (Boulding & Wampler, 2009; Touchton & Wampler, 2013). Also, their comparative methods by comparing 2 emblematic projects shows that the Sao Francisco River transportation project with more social participation and political inclusion had innovations in policy design with sustainable development component. On the other hand, the Belo Monte Dam construction project which did not have social participation in the process reproduced tensions and conflicts regarding the policy’s original design.

Current challenges for more effectiveness of participatory institutions are: