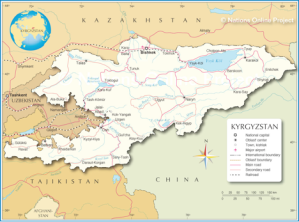 Since October 2011, Kyrgyzstan has been taking a “real step” towards democracy, but many problems still remained such as inefficiency, poorly trained officials, and corruption (Freedom House, 2012).

Publicadminreform, 2007: A “Road Map” for the development of Local government in Kyrgyzstan

Eurasian Journal of Business and Economics(EJBE), 2012: Fiscal Decentralization and Revenue Stability in the Kyrgyz Republic, 1993-2010