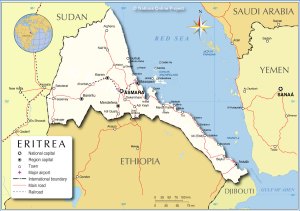 After a 30 year struggle for independence from Ethiopia, Eritrea had to build government institutions at every level from the ground up. While appearing to make some promising steps towards democracy and decentralization, Eritrea remains highly centralized with the long-standing President Isaias Afwerki retaining an authoritarian grip on power. Extreme government repression and interference impedes the development of open and real grassroots participatory democracy, and local and regional authorities are really an extension of the ruling, and sole, People’s Front for Democracy and Justice (PFDJ) party.