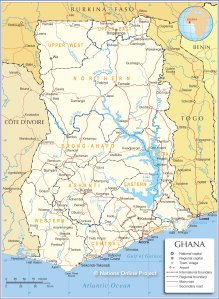 The 1992 Constitution of Ghana established decentralization, accountability and participation as national priorities that the current Government has built upon, recently releasing a national framework and action plan for decentralization. However, local governments remain financially and politically tied to the central government, with the President appointing up to 30 percent of local assemblies.

Georgetown, 2010: “The Political Economy of Decentralization in Ghana”