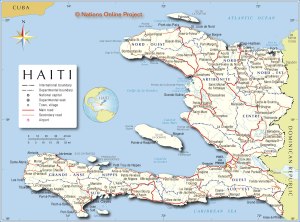 Since local governments were created in 1987, the situation on decentralization of local governments has not changed. Although Haiti entered a transition phase following the 2006 election and the adaption of five decrees, local authorities still need the legal framework and capacity building (USAID, 2006).

USAID, 2000: “Political Will for Decentralization in Haiti”