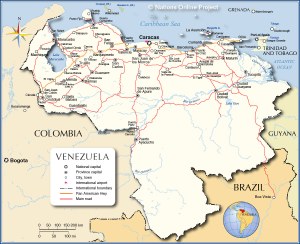 The current Constitution of Venezuela, approved in 1999, provides a robust framework for participatory democracy and emphasizes human rights and citizen participation. However, in recent years the country has trended toward decentralization as the national government increasingly moves to consolidate power (ICNL, 2013).

One thought on “Venezuela”